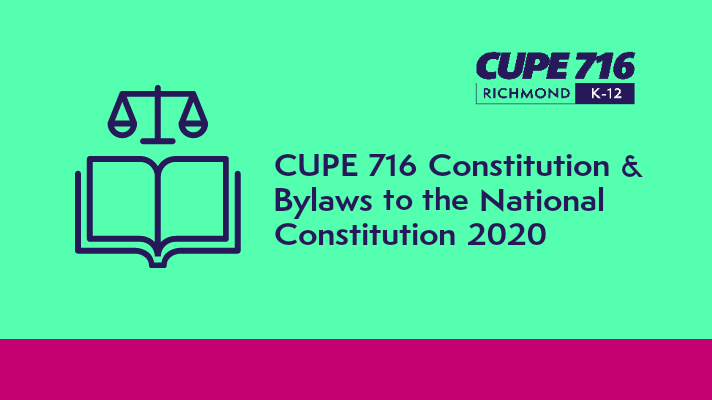 The Constitution and Bylaws Ad Hoc Committee has completed the required reviews and the amendments received 2/3 membership endorsement in October, November and December of 2019 meetings.

It was reviewed and approved by the National President’s Office in February of 2020 and the recommended amendments will be made when the next major revision is undertaken. 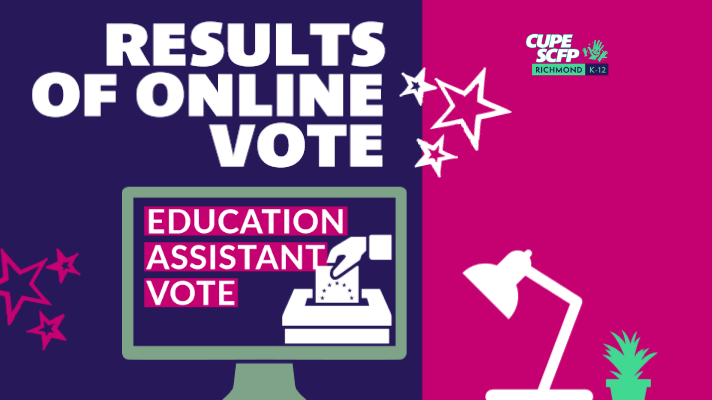 Please view or download the Certificate of Election Results by Simply Voting. 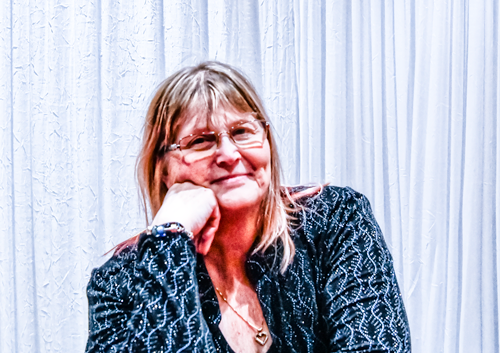 I would like to take this time to thank my nominators for nominating me for Education Assistant Shop Steward.

I have had the privilege of serving on the Executive for three years now.  I have been an EA in the district since 2003.  I had wanted to be involved with the Union for a long time.  When the position of Sergeant at Arms became available I thought it was a good way to get involved and to see how the Executive worked.  Although it might not be obvious, the Sergeant at Arms position is an important one.  They are responsible for:  Guarding inner doors at meetings, tiling the doors during elections, overseeing and compiling attendance records at regular meetings, notifying the Chair of new members awaiting initiations or if we have fallen below quorum.  It also involves attending all regular membership meetings and Executive meetings and having a voice at the table.

Following Sergeant At Arms, I served as Para Educator Shop Steward and later as Education Assistant Shop Steward.  In the year that I was Education Shop Steward I met with several members during and after school to listen to their concerns.  I have dealt with conflict resolution both with members facing Human Resources as well as with their School Administration. I have worked with groups concerning their refusal of unsafe work, represented members during disciplinary meetings as well as advocated for members’ health and safety. Outside of this role I have, during my own time, also helped the Chief Shop Steward (2nd Vice President) research past files to gather information to assist with a member’s health and safety claim.  While doing this I also amalgamated and reviewed past WVRAs into a cohesive and up-to-date database.

Committees and courses that have helped me to serve the membership better are listed below.

In closing I feel that I am approachable, compassionate, a team player, a good listener, empathetic, and always endeavour to get answers for our members in a timely manner.   I have the experience and look forward to another term as your Education Shop Steward.

I was nominated to run for EA Shop Stewart in this election and after giving it a lot of thought I have decided to let my name stand. I have been an EA in Richmond for 20 years. My hire date is September 7, 2000. I have worked all over the district, spent a lot of time on call going everywhere (even Hamilton). I spent most of my time in Elementary School (Grauer, Byng, Gilmore) and a few years at McMath. I owe a debt of gratitude to the many EA’s I have worked with over the years who have taught me so much, mostly by example, about how to help stu- dents be the best that they can be. I have been down-sized, declared surplus, laid oﬀ, had hours cut, been spit on, yelled at, bitten, disrespected, not invited to important meetings,    asked to do the job of 3 people and all the other things that happen to EA’s. I know what it’s  like. The EA Shop Steward represents the largest group in the district and is deserving of better representation than they have been getting.

When I started to work at Byng in 2001, I was brought to the union meeting by a coworker.   She thought I should know something about it (thank you Melanie). I have always gone to meetings, sometimes more than others, when issues seemed pressing, but I found them interesting and I understood that I had my decent job with pretty good benefits because of the union (among other things). Last year, the executive was struggling for people to help and I became involved as the Sargent at Arms. I was told that my job was to buy the coﬀee and the donuts for the General Meetings and come to the executive meetings once a month. I was promised a voice at the table. I started to get more involved because I wanted to help. My friend and co-worker Loreen came along with me and volunteered too. We did it together.

Once I was elected, I started attending executive meetings (as well as General meetings) once a month and listening to what was happening. It was interesting. I learned a lot about the managers and the problems people were having. I was privileged to go for shop steward training the end of February and became the IT Shop Steward around the same time because it seemed that nobody wanted the job. That’s how a lot of jobs get filled in the Union unfortunately. Then March hit and all this has happened around us and to us and the plight of EA’s got real interesting. That’s when we really needed a strong EA leader to step up and help us. The concerns were many but there was no EA Shop Steward to guide us or give us information. It became clear to me then that there is more that I could do.

The Shop Steward is an important link between the union members and the Union leaders. A link that has been missing. If I am elected as your EA Shop Steward I will listen to your concerns. I will work to establish regular communication among EA’s and I will bring your concerns forward to the executive meetings and inform you of what has happened. I will be accountable to you by providing regular reports. I will represent you to the best of my ability to management. I will seek out training and workshops to become better trained to serve you better. I  have a special love/concern for Health and Safety and will be really interested in all things related to that, particularly as it concerns EA’s.

I see a vision of our Union, Cupe 716, working together with the managers and stakeholders of District 38 to make Richmond a great place to lead and learn or something like that.

Please register to vote, and vote for me on May 19. I will do my best for you.

Please email with any questions

thank you for your time and consideration.

The Union office has some nice high back chairs available for the very reasonable price of $25 each. Please see a photo here. First come, first served and when they are gone, they are gone. Call the office 604-273-1651 if you have questions.