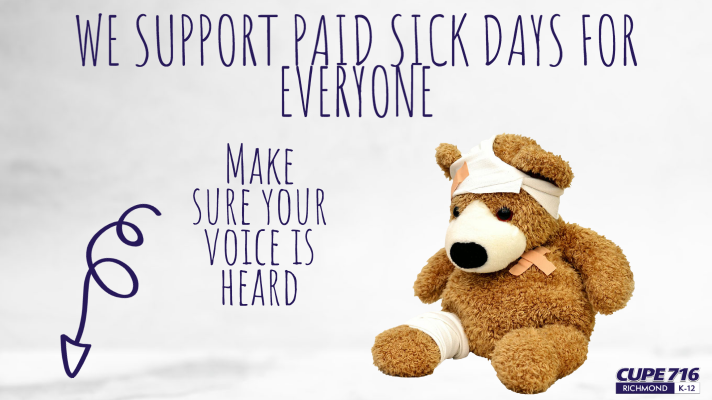 As working people, we all know that access to paid sick leave is much more than just a workplace issue. During an ongoing pandemic, it’s also essential to maintaining public health and building a resilient province; it’s critical to ensuring that our workforce is prepared to weather this COVID storm and confront future crises. But most of all, it’s a matter of equity and fairness: workers should never have to be forced to choose between their health and their financial well-being.

According to the Canadian Centre for Policy Alternatives, only 53 per cent of working people have access to paid sick leave in B.C., and nearly 90 per cent of low-wage workers have no paid sick leave at all. The provincial government is now seeking public input to create minimum standards for paid sick leave. Using an online survey, they are gauging public support for three options: the provision of 3, 5 or 10 days of employer-paid sick leave for all workers.

These changes will benefit all workers—including CUPE members, many of whom do not have fully-employer-paid sick leave at 100 per cent of their pay rate. Many earn sick days over the course of the year based on time worked; they have to wait, unpaid, for a number of days before they can access short term disability or other sick leave protections. Ten days of fully-employer-paid sick leave at full wages would make a significant impact for CUPE members and all workers in the province, including some of the most vulnerable.

We urge you to fill out the BC Government consultation survey and say that you “Strongly Favour” Option 3 (10 days paid sick leave). A link to the survey can be found here: Options Paper on Paid Sick Leave

CUPE Local 716 · 21 hours ago
@716Cupe
On December 6, we mark the anniversary of the 1989 École Polytechnique massacre, where 14 women were singled out and murdered in an attack motivated by the gunman’s hatred of feminism and women. For more see: https://t.co/VZPqPWQTPq
View on Twitter
1
2
CUPE Local 716 · 5 days ago
@716Cupe
Happy Winter Break to the Staff and Students at S'pul'u'kwuks! See you in January! https://t.co/oDXJHjRxaV
View on Twitter 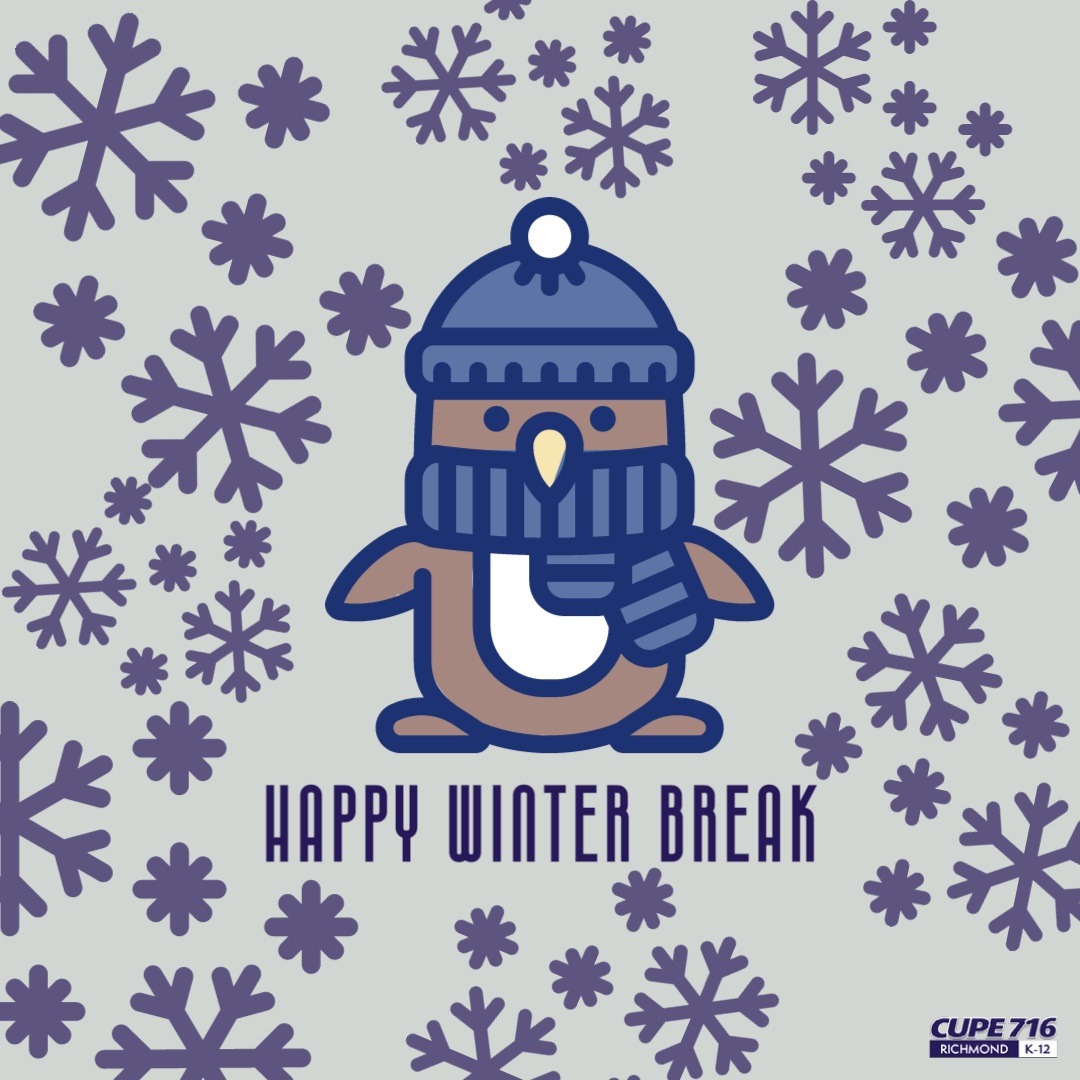 0
0
CUPE Local 716 · 7 days ago
@716Cupe
Next Wed. is our Dec. General Meeting on Zoom. We will be sending out Meeting invites to your personal emails next week, so please get in touch if you aren't receiving them! Notice of Motion: Further changes to the constitution to be presented and voted on at the Dec. Meeting https://t.co/8dEoTCIlEb
View on Twitter 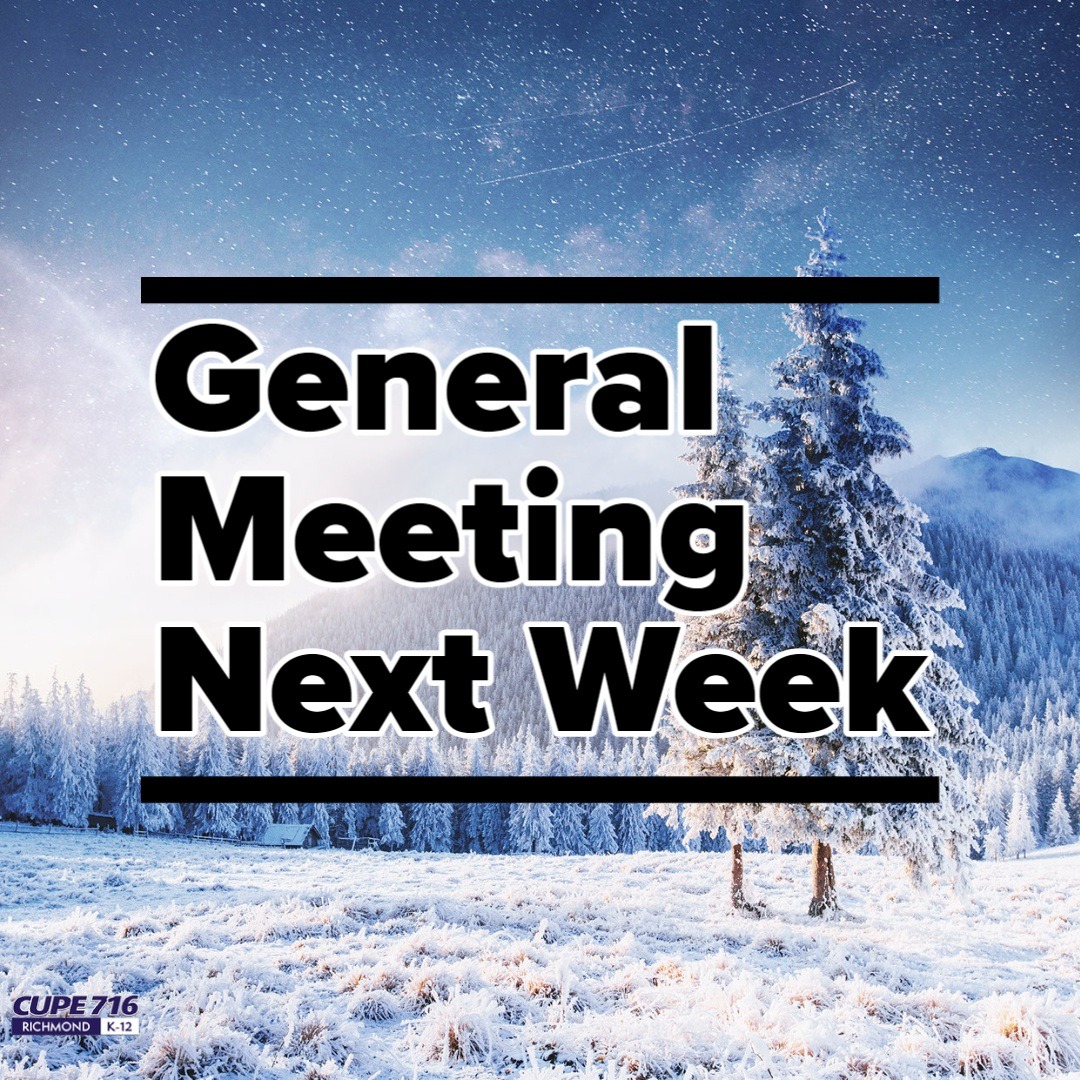